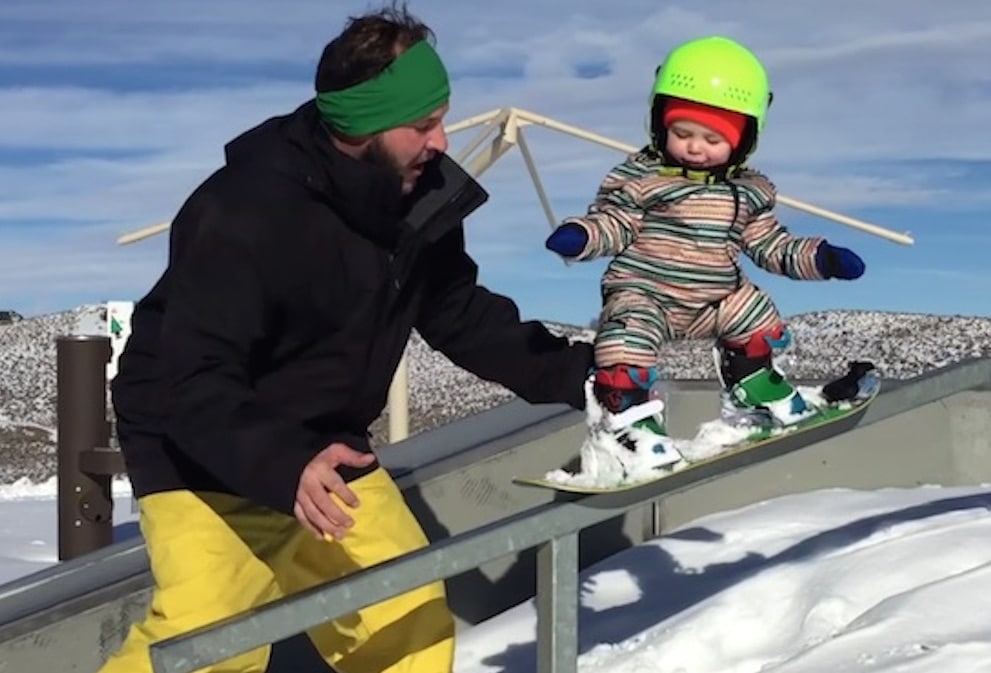 Baby Snowboarders Hitting The Slopes Searching for a youtube video to brighten up your day? Look no further! These two young ...