GoPro’s release of the Karma Grip is bringing image stabilization to a whole other level! It has the ability to capture footage smoother than ever before.

On Monday GoPro made an announcement that the handheld stabilizer has released in select stores and on GoPro.com for $299 USD. Customers will have to purchase HERO5 and HERO4 Black and Silver Cameras because the Karma Grip does not include a camera.

The Karma Grip can be held or mounted on the body, and controlled entirely via the hand grip. Footage is able to export without having to disconnect the camera. The camera and the grip can charge at the same time.

Come spring 2017 there will be a few new releases and additions to go along with the image stabilizer. The Karma Grip will also be compatible with the hero 5 Session. An extension cord will be a big item to look out for as it will allow cameras to be held or mounted separately from the grip. Users will have the ability to control their camera from a distance.

As Evolve Snow Camps is around the corner it has many of our campers thinking about what they need for the upcoming season. Many ask for new gear in their holiday wish list. The Karma Grip would be a great gift for the holidays and for camp!

Check out the video below to see just how smooth your footage can be.

As the first stop on Dew Tour in Breckenridge approaches, the hype is growing larger and larger. People are excited to see the reimagined competition and winter festival.

Here are some big updates from the past few days.

Adding to the Dew Tour hype is the news of the first Major Snowfall to hit many parts of North America that has many very excited for the shredding season. Us at Evolve Camps are stoked because many ski resorts in Ontario are starting to make snow, including our friends at Mount St. Louis Moonstone.

Residents living all over Ontario experienced the first heavy snowfall this past weekend. Many areas were hit with nearly 50cm of snow! Much of a difference already compared to the mild winter of 2015/2016. You can expect a snowy winter for 2016/2017 and especially in the ski country. This news has many people wondering when certain ski resorts will open so they could finally hit the slopes.

Here’s a list of expected opening dates for ski resorts in Ontario as reported by onthesnow.ca and some reported from resort websites. Not all dates listed here are official and final; they based on current weather projections, but subject to change.

Other ski resorts in Ontario are not ready to release info on opening dates, but many have started making snow in the hopes to soon put a finger on a calendar for a date. We will keep you updated!

There’s STILL time to register for Evolve Snow Camp this winter! Head over to our site and check out our programs and pick up locations. If you have any questions you can visit our frequently asked questions or give us a call at 416.619.4521.

Chilean Etiquette: The Do’s and Don’ts

Chileans are known to be very friendly and hospitable people. They will make you feel right at home. Their culture and customs are different from what you may be used to at home or from what you’ve experienced when travelling elsewhere. For that, we’ve compiled a list of some do’s and don’ts when it comes to Chilean Etiquette for when you are fortunate enough to make a trip down the the southern hemisphere. 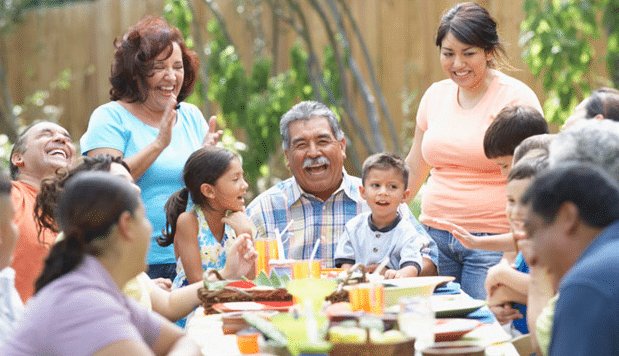 When campers travel with Evolve Chile, our staff make be sure them feel at home and comfortable in a new environment that they may not be accustomed to. We make this transition as smooth as possible and to have open communication with campers by checking in on how they are doing on a day to day basis.